We could hardly have gotten off to a faster start on our MBWeek! By the end of our first afternoon we had already seen a staked-out-at-a-sewage-pond Fulvous Whistling-Duck (exceptionally rare in AZ), a family of local and often-elusive Black-capped Gnatcatchers (with a tyrannulet and Varied Buntings among them) at Proctor Road, and a group of always-elusive Montezuma Quail at Santa Rita Lodge (the only ones we'd see all week). And by noon the next day we had already listed Five-striped Sparrows (plus our first Lucifer Hummingbird) along Box Canyon Rd, a Rose-throated Becard at its Tumacacori nest, and that afternoon we listed our first Elegant Trogon, Arizona Woodpecker, and Sulphur-bellied Flycatcher in Madera Canyon.

But, of course, things have a way of evening out. On Day 6 only part of our group managed brief looks and listens at a Rufous-capped Warbler; on Day 7 we missed out on a Flame-colored Tanager (heard 45 minutes before we got there); on Day 8 a stake-out Groove-billed Ani refused to appear for us (while showing up for others that day), and there were no Buff-collared Nightjar sounds that night at The Gulch (though some of us glimpsed either that or a poorwill in the road as it imitated a rock in the road before flying off).

Given a choice, I'd always rather get off to a slow start and finish with a flourish, and it's usually best to have fewer staked-out rarities around during a tour – especially when they involve difficult hikes or long drives which take time away from other places we'd like to visit. (We never did make it to Fort Huachuca, Patagonia Lake State Park, or Mt Lemmon.) Still, we finished with an even 180 species, which is a few species shy of our average in the mid-180s for a trip that includes Willcox water birds. (A Willcox-less trip might have a total in the 160s or 170s.) Our best number was 196 back in 1992, and the last time we did this trip in 2015 we found 192 species.

The below-average total was somewhat expected, given that the monsoon season had generally been modest and spotty, so that there was little rain to stimulate bird activity and song. Most telling was our list of only 8 hummingbird species – the lowest tally for any previous late-summer MBWeek here had been 10. It's also tempting to blame the weather for the absence of Western Screech-Owl, Juniper Titmouse, Bendire's  Thrasher, Black-chinned Sparrow, and Bullock's Oriole from our list. But there are always a few "misses" on any trip, and these were about the only regular specialties we couldn't find (and typically none of them are easy to come up with).

But I'd say that what we did find certainly outweighed those we didn't. In addition to the highlights mentioned above from our first day and a half, we saw a long list of "non-Minnesota" species...birds like Mississippi Kites, Gray and Zone-tailed hawks, Barn Owl, Whiskered Screech-Owl, Northern Pygmy-Owl (always a challenge to see, and a nice consolation on the Hamburg Trail trek), Gilded Flickers, 17 flycatcher species (including Greater Pewees, Gray, Cordilleran, Buff-breasted, Tropical and Thick-billed kingbirds), Mexican Chickadees, Olive Warblers (including 4+ in one tree), 10 non-Minnesota sparrows (e.g., Abert's Towhee, Rufous-winged, Botteri's, Cassin's), 9 non-Minnesota warblers (e.g., Lucy's, Virginia's, Grace's, Hermit, Red-faced, Painted Redstart), Hepatic Tanagers, and many others. In addition we heard Common Poorwills, a close Mexican Whip-poor-will, Elf Owls, and Crissal Thrashers.

And let's not forget the Yellow-green Vireo that I'd say Pete and George managed to see along the De Anza Trail on the last morning. According to Pete's description...

"I saw a vireo in the outside branches of a cottonwood tree about 25 feet above us that immediately reminded me of a Red-eyed Vireo – bigger than Warbling, longish bill, dark eye line, mostly whitish below, although it was moving around among the leaves, so that good solid looks were fleeting. George Lahr soon joined me and saw yellow plumage along the sides and flanks and also felt that the bird was more greenish-toned than grayish. We did not hear any vocalizations. After about 20-25 seconds it flew north up the river."

Don't know if they are counting it for their lists (and it would have been a life bird for me), but the account sounds good enough to include it on the all-time MBW list as species #711!

July 27 – All arrived @TUS airport by 1:30 pm; first to Green Valley WTP (for that whistling-duck), then to Proctor Rd and Santa Rita Lodge in Madera Canyon; dinner at Cattle Town and first of 2 nights in Tucson.

August 4 – De Anza Trail @Santa Gertrudis Ln to search for that vireo (by those with afternoon flights home).

Lucifer Hummingbird   (best at Ash Canyon B & B)

Rose-throated Becard   (at a Tumacacori nest – on our first morning)

Northern Beardless-Tyrannulet   (with the Proctor Rd gnatcatchers, on our first day)

Yellow-green Vireo   (seen by Pete & George on the last morning!)

Five-striped Sparrow   (on Box Canyon Rd – on our first morning!)

Townsend's Warbler   (seen by a few near Onion Saddle)

Sorry to disappoint you all – Cindy especially – but it turns out that 192 is not a record for this MBWeek. While it is a nice total, 15 more than the last time the Edwardsons attended, and a bit above the average for this late-summer week in AZ, our highest total was actually 196 species way back in 1992. A few other trips here had around 190, and keep in mind that this trip was a day longer starting on a Friday, and it included two birds we only had in Phoenix (Honkers and Lovebirds!) which none of the other summer SE AZ trips had included. (Starting in Phoenix also failed to break our all-time MBW high of 113 degrees, as it merely reached 110 that day, but I doubt anyone was too upset by this.)

Numbers aside, though, this was certainly a memorable and successful MBWeek. With an early and active monsoon season, the deserts and grasslands were greener than I’d ever seen here. We never really got rained on, but there were some interesting diversions like the flash flood that blocked our way up Pinery Canyon – and at the same time turned us around in time to find a most obliging pair of Montezuma Quail lingering along the roadside! And though that large puddle/small pond on the California Gulch road briefly immersed our minivans’ headlights, the combination of this and our earlier flat tire failed to prevent our evening excursion to see Five-striped Sparrows and unexpected Elf Owls.

Of course, there were many highlights as well at more familiar sites: Mississippi Kites circling over Saint David; seven owl species actually seen (not just heard), with four of these in Miller Canyon; Harris’s Hawk, Lesser Nighthawk, Gilded Flicker, and Rufous-winged Sparrow all along the same residential street in Green Valley; a Plain-capped Starthroat on our third try at the Conrad feeders and Lucifer Hummingbirds on our first at Mary Jo’s B & B; the Buff-breasted Flycatcher nest at Carr Canyon; Thick-billed Kingbirds at three sites (just one is normal); the simultaneous appearance of a Greater Pewee, Mexican Chickadees, and Olive Warblers near Rustler Park; both Crissal and Bendire’s Thrashers in the same shrub at Willow Tank; and the best movement of warblers I’ve ever seen in AZ – 11 species at one spot in Summerhaven on Mt Lemmon, with multiple Virginia’s Warblers among them!

True, there may have been some disappointments: Buff-collared Nightjars and Mexican Whip-poor-wills had apparently stopped calling for the season, the White-eared Hummingbird at Beatty’s had not been seen for days, that Flame-colored Tanager was a no-show on the day we were at Ramsey, at Peña Blanca the Black-capped Gnatcatcher and Rufous-capped Warbler were heard-only, and there were a few birds on our list that no more than two or three of us saw. But these hardly matter considering the long list of Arizona specialties we did find, with no fewer than 115 of these “non-Minnesota” birds.

August 1: Lisa Frank Ave (for Burrowing Owls), Saint David (for kites), Willcox, Pinery Canyon (for a flash flood and quail), and drive to Portal via Douglas; first of 2 dinners and 2 nights at Portal Peak Lodge.

August 4: Ramsey Canyon (briefly), rest of morning at Miller Canyon (incl the hike above Beatty’s and the Beatty feeders), afternoon return for most back up the canyon (for Spotted Owls) / brief visit for others to Coronado National Monument and Hunter Canyon; dinner at Outside Inn and owling at Miller Canyon.

August 5: Hunter Canyon (briefly), most of the day up Carr Canyon, afternoon break for some / Sierra Vista sewage ponds & San Pedro House for others; dinner at Ricardo’s and owling at Carr Canyon.

August 7: Peña Blanca Lake and Canyon; lunch/dinner at the Cow Palace, afternoon break for most / Madera Canyon for some, and late afternoon-evening drive to California Gulch (with a flat tire en route and a “car wash” on the way out).

August 9: Departures for home from PHX. 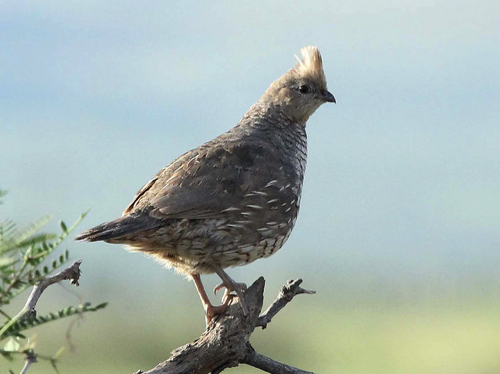 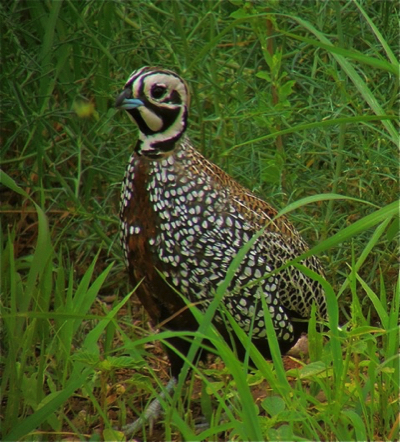 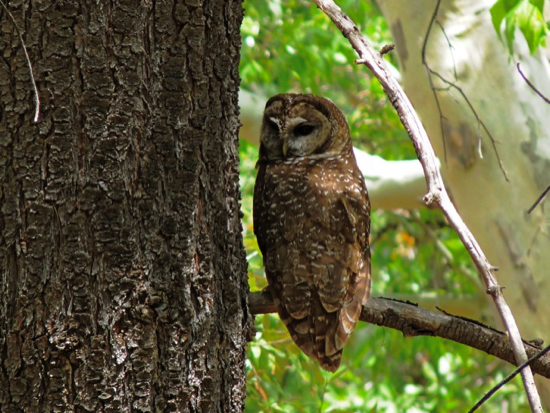 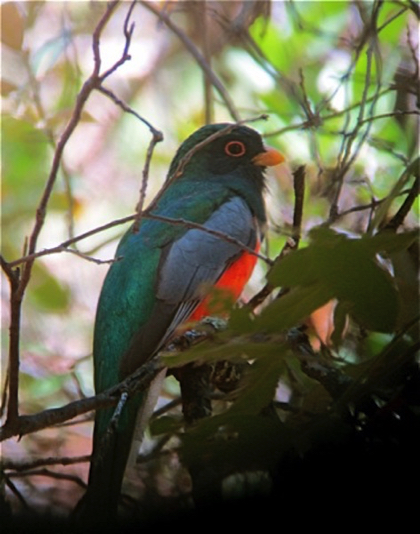 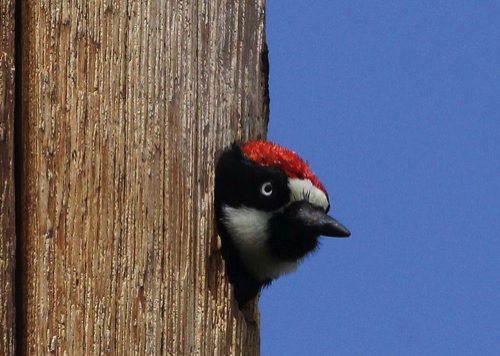 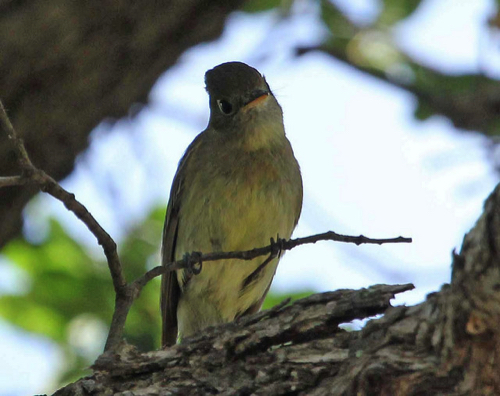 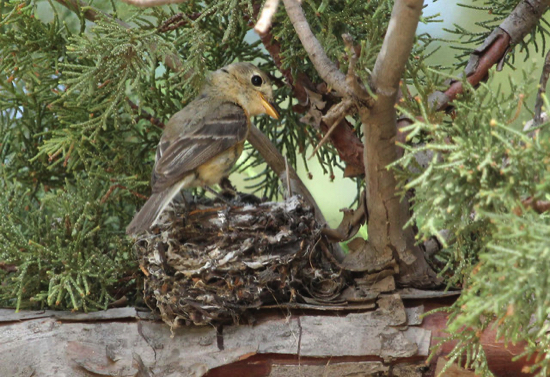 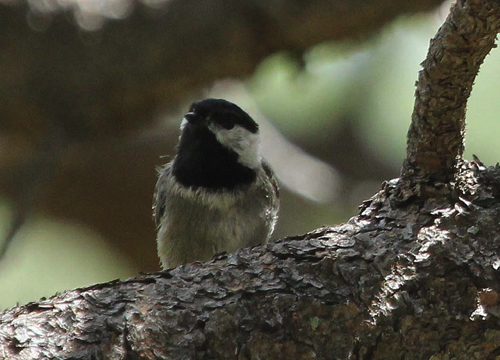 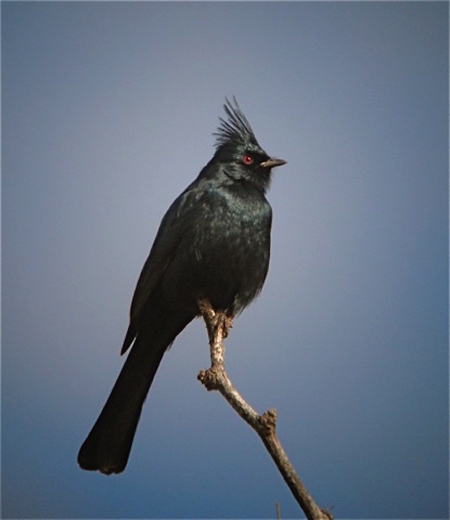 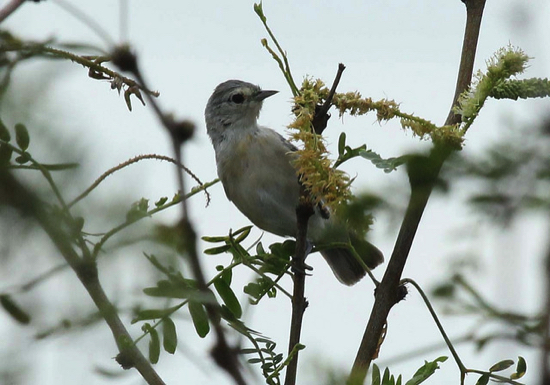 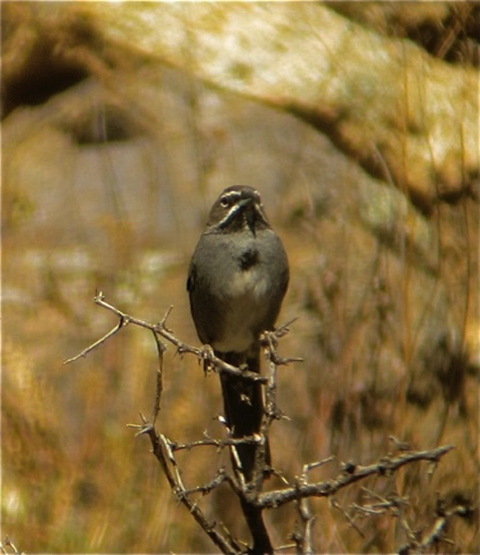 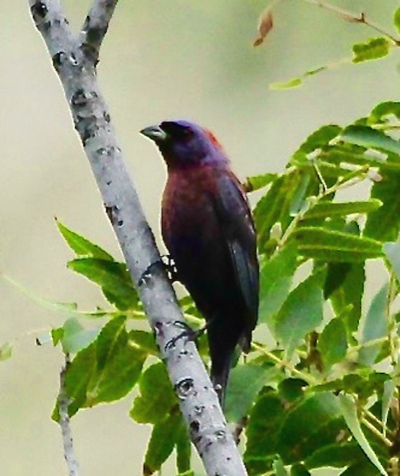 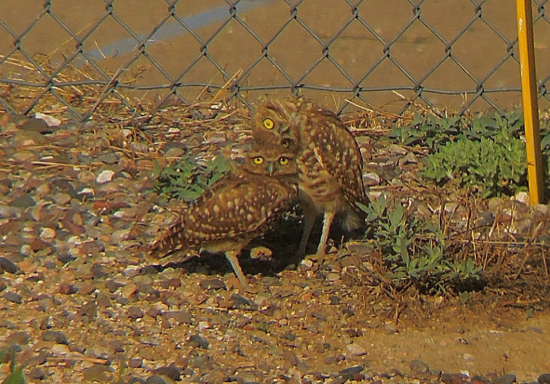 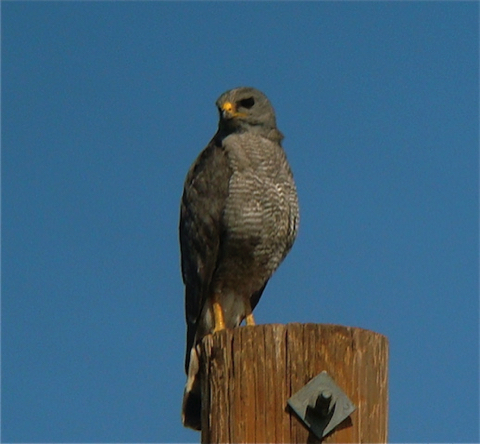 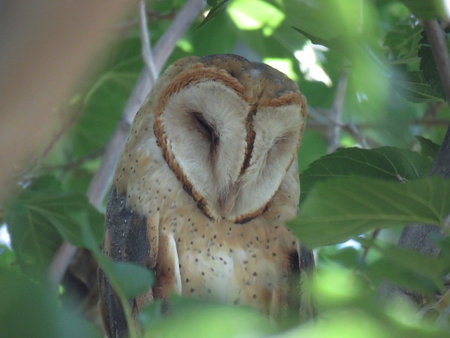 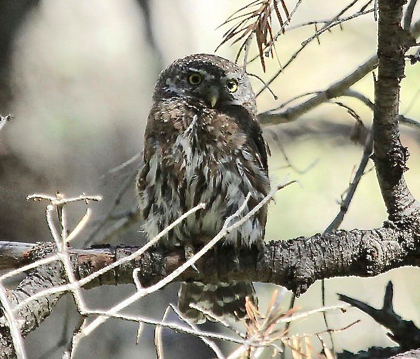 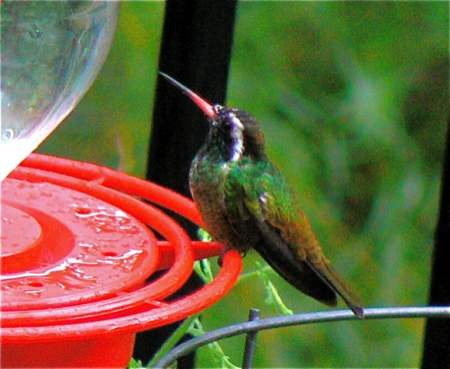 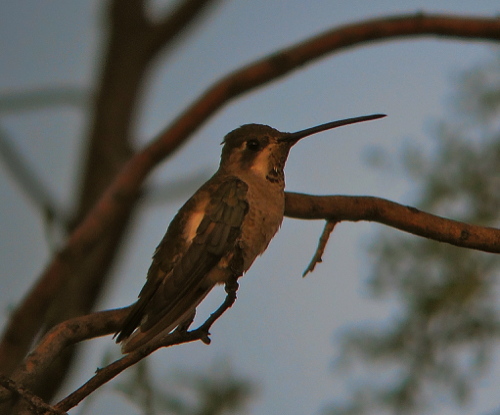 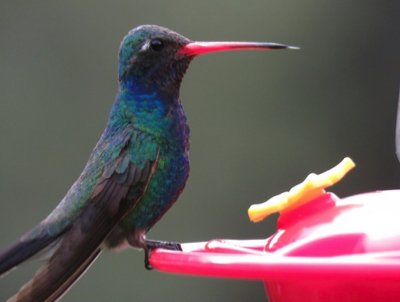 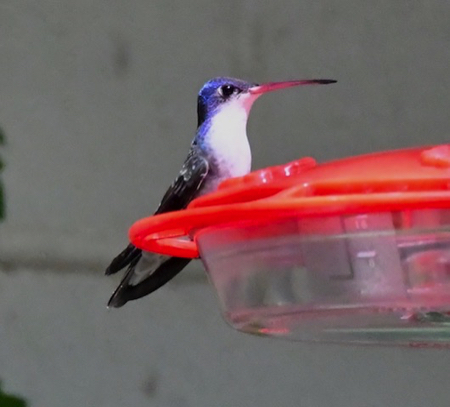