Minnesota Birding Weekends & Weeks (MBW), as it begins its 35th season, continues to offer unique, modestly priced birding trips in association with the Minnesota Ornithologists’ Union – we originated in 1986 as MOU Birding Weekends. After 34 years, we have now had a total of 120 MBWeeks involving more than 1,300 participants, a composite list of 718 species,

Please be sure to note the relatively inexpensive cost of MBWeeks – typically less than half (sometimes close to a third!) of other tour company fees for similar trips. Please note as well our policy of providing “MBW store credit” refunds to MBWeeks participants if total trip expenses end up less than the amount budgeted.

In addition to our schedule of MBWeeks, please visit the  MBWEEKENDS  page elsewhere on this website for further information on these in-state MBWs. 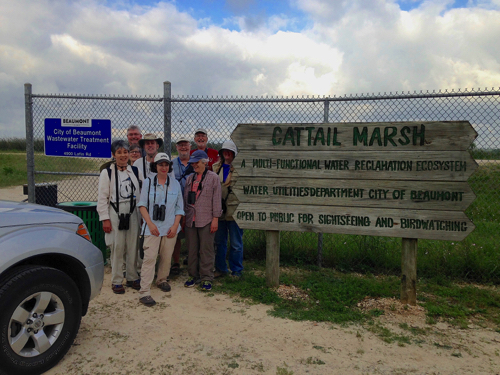 might be scheduled for those with long waiting lists,

and these will be posted as they occur in future updates of this website.

Other changes in this schedule may be inevitable, especially this year

due to COVID-19, and any updates on these will be announced here.

had been canceled earlier, and it is possible the three MBWeeks scheduled

for January-February 2021 may have to be canceled as well.

In addition, dates may be adjusted due to leader availability,

Most MBWeek deposits are $100 and payable when the preliminary

information is sent to those confirmed, about 3-4 months before the MBW;

the balance of the full MBWeek fee is due about 3 weeks before the trip.

Payments for deposits and fees are now accepted on-line; for more information,

The leader for each MBWeek is Kim Eckert unless noted otherwise.

CANCELED DUE TO COVID-19

CANCELED DUE TO COVID-19

Though many summer Arizona specialties are absent in winter (when the weather will be much more moderate, with highs normally in the 60s), but at the parks, desert flats, river valleys, and canyons around Phoenix and southeast of Tucson we can still expect to find a long list of non-